At the very base of it, the whole point of knowing a language is to speak it, read it and be able to write it. But speaking is the most important form.

When language first evolved, people originally spoke. The written word is, in historical terms, only a very recent invention and there have been thousands of languages before which were never written down. Knowing the correct grammar forms, how to read it and theoretically how to form sentences is all well and good, but the English language is no use to someone if they are unable to speak it. It is important, therefore, to get one’s students talking in every possible situation. Some teaching methods have two things which are known as Teacher Talking Time and Student Talking Time (TTT and STT). When one sets out to teach a class, the ultimate goal is to help them speak English better than they have before. Theoretically it should work out thus: the teacher does most of the talking in the beginning, but this quickly ceases to the point of where the students are speaking at the end. One knows that the class is a definite success when students are chatting amongst themselves in English. Below is a list of interesting tips and tricks which will help one to encourage their adult learners to speak more during class.

This is a very simple method. After a reading exercise, one will generally ask students about the text at hand. Sometimes it can be tempting to ask everyone generally, but a great way to get specific people to speak (particularly those who are quite shy) is to single them out and ask the question. This might seem simple, but it is something many teachers forget.

It cannot be stated enough how important a role play is within the world of language teaching. Practical language use is practised within these exercises, and therefore it will allow the students to use what they know in a more creative manner. These can generally be quite a lot of fun.

Getting a topic which is somewhat controversial might do well to stimulate debate in the classroom. An example would be if one were speaking about, say, immigration, some people might be interested in speaking their mind about this particular topic. Be careful, however, as sometimes one might touch on a sore or sensitive point to monitor what kind of materials are used in class.

Ask Them About Themselves

Encourage Them to Ask Questions

Try and encourage students to ask questions about various topics themselves. For example, one might say, “And why do you think Sonia did this..?” Usually directing it at a person will help. Ask them why they think a particular verb form is correct, and instil in the students that asking questions will lead to better proficiency within the language.

Sometimes, depending on where you are teaching, students may not be pronouncing certain words in a correct manner. Different languages have different phonetics, therefore one needs to be sure that the students can speak in a way that is as close as possible to that of a native speaker. Pronunciation classes can also be a lot of fun.

Holding a debate in class is a great way of getting the students to talk a bit more. Sometimes the topics can become somewhat heated, and this will encourage them to use their newly acquired skills more creatively.

Similar in the way to a debate, discussion over a particular topic of current news will allow students to express their views. This may not work for all students, of course, so it is important to ask them.

Turn to Your Neighbour

Probably one of the oldest methods. Students who split up into pairs find that they are obliged to talk. In order to ensure this, keep walking around the class until the end of the exercise and make sure that everyone is speaking.

Ask a question about a particular topic and take a poll. An example could be, “Should the government fund student tuition?” Students can then air their views and discuss them.

If a student is particularly stubborn, a good idea would be to keep eye contact until they say something. This usually makes them feel uncomfortable and that they are obliged to speak. It works wonders for most students.

When asking questions, for example about a text, be sure to say the name of a particular student. This way they will know that you are addressing them and will have to reply accordingly. Do this on students who happen to be shy and don’t speak much in class. It will give them an opportunity to speak which they can’t refuse.

What Do You Think..?

Similar to the previous one, every now and then stop when reading an article if an important issue is raised and ask the students’ opinions on it.

Trying to get the student to explain a particular topic you have just explained will set the wheels in their head in motion. Of course, one can help them along, but it is important to make sure that the student does most of the talk.

Finally, a really good way is to get the students to summarise a particular topic in their own words. This may be a challenge for beginners, but overall is can help in their practise of speaking.
There are of course many more tips and tricks which are going to help students to overcome their shyness. Sometimes they need to be brought out in front of the class in order to boost their confidence.

Always remember to correct, and instil in them that correction does not mean they failed. Mistakes are important, as they help us learn and move on. 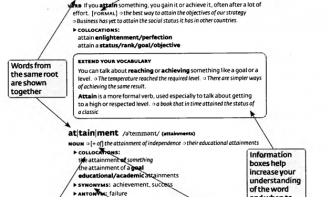 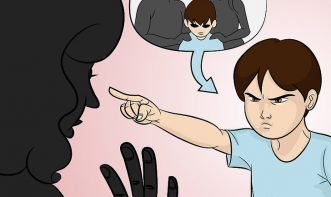 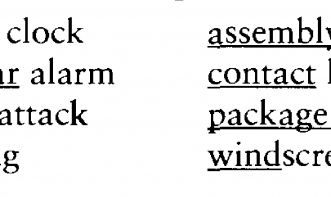